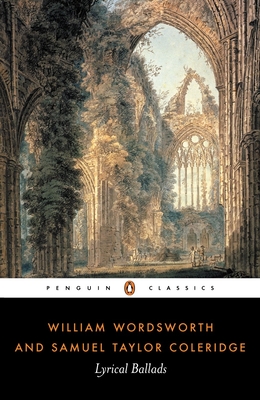 Wordsworth and Coleridge composed this powerful selection of poetry during their youthful and intimate friendship. Reproducing the first edition of 1798, this edition of Lyrical Ballads allows modern readers to recapture the book’s original impact. In these poems—including Wordsworth’s “Lines written a few miles above Tintern Abbey” and Coleridge’s “The Rime of the Ancyent Marinere”—the two poets exercised new energies and opened up new themes.

William Wordsworth was born in 1770 at Cockermouth in the Lake District of England, and was educated at the University of Cambridge. As a young man he was fired with enthusiasm for the French Revolution, but the year he spent in France after graduating left him disillusioned with radical politics. He turned more seriously to literature and, in collaboration with his friend Samuel Coleridge, produced Lyrical Ballads (1798). His return to the Lake District in 1799 marked the beginning of his most productive period as a poet, during which he wrote his most famous long poem, The Prelude (1805).

Samuel Taylor Coleridge (1772–1834) was an English poet, philosopher, and literary critic. Born in Ottery St Mary, Coleridge was educated at Christ’s Hospital School, London, where he began his friendship with Charles Lamb and began writing his first sonnets, and Jesus College, Cambridge. With his friend William Wordsworth, Coleridge founded the romantic movement and became a member of the Lake Poets. In 1798 they cowrote Lyrical Ballads, a landmark collection of poems that marked the beginning of romanticism in English literature. The collection includes his greatest poem, The Rime of the Ancient Mariner.

Michael Schmidt is the author of The Novel: A Biography and the National Book Critics Circle Award Finalist, Lives of the Poets. Schmidt studied at Harvard and at Wadham College, Oxford. In 1969, he founded Carcanet Press Limited, where he is currently the editorial and managing director. He is also a founder and general editor of PN Review. Schmidt was Professor of Poetry at Glasgow University, visiting professor at Bolton University, and Writer in Residence at St John's College, Cambridge. Schmidt writes poetry, fiction, and literary history, and is also a translator and anthologist. He was born in Mexico in 1947 and currently lives in the UK.