The Wings of the Dove (Paperback) 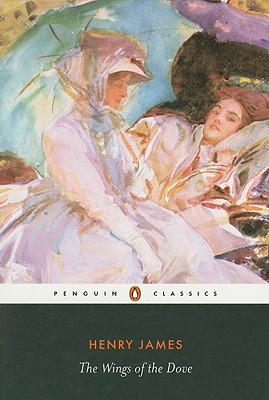 Emerging from the grit and stigma of poverty to a life of fairytale privilege under the wing of her aunt, the beautiful and financially ambitious Kate Croy is already romantically involved with promising journalist Merton Densher when they become acquainted with Milly Theale, a New York socialite of immense wealth. Learning of Milly's mortal illness and passionate attraction to Densher, Kate sets the scene for a romantic betrayal intended to secure her lasting financial security. As the dying Milly retreats within the carnival splendour of a Venetian palazzo, becoming the frail hub of a predatory circle of fortune-seekers, James unfolds a resonant, brooding tale of doomed passion, betrayal, human resilience and remorse.

Henry James (1843-1916), born in New York City, was the son of noted religious philosopher Henry James, Sr., and brother of eminent psychologist and philosopher William James. He spent his early life in America and studied in Geneva, London and Paris during his adolescence to gain the worldly experience so prized by his father. He lived in Newport, went briefly to Harvard Law School, and in 1864 began to contribute both criticism and tales to magazines.

During his career he also wrote many works of criticism and travel. Although old and ailing, he threw himself into war work in 1914, and in 1915, a few months before his death, he became a British subject. In 1916 King George V conferred the Order of Merit on him. He died in London in February 1916.

Philip Horne has spent a decade looking at the thousands of James's letters in archives in the United States and Europe. A Reader in English Literature at University College, London, he is the author of Henry James and Revision and the editor of the Penguin Classics edition of James's The Tragic Muse.

“The Wings of the Dove represents the pinnacle of James’s prose.”—Louis Auchincloss