Another Bullshit Night in Suck City: A Memoir (Paperback) 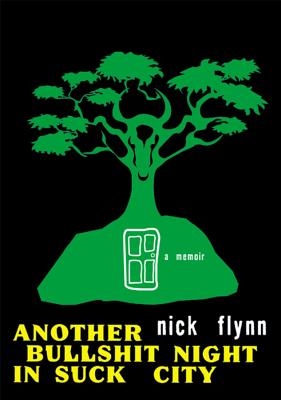 Nick Flynn met his father when he was working as a caseworker in a homeless shelter in Boston. As a teenager he'd received letters from this stranger father, a self-proclaimed poet and con man doing time in federal prison for bank robbery. Another Bullshit Night in Suck City tells the story of the trajectory that led Nick and his father onto the streets, into that shelter, and finally to each other.

Nick Flynn is the author of This Is the Night Our House Will Catch Fire and three previous memoirs, including the PEN/Joyce Osterweil Award–winning Another Bullshit Night in Suck City, and four volumes of poetry. A professor on the creative writing faculty at the University of Houston, he lives in Brooklyn, New York.

Flynn has written a potent, distinctive autobiography.... Flynn's talents are considerable—he has a compelling voice and wry sense of humor, especially about himself.
— Vendela Vida - New York Times Book Review

The prose swirls in graceful arcs that frequently rise to the level of poetry, leavened by mordant humor.... It's a powerful tale, stylishly told.
— Michael Mewshaw - Washington Post

In a perverse act of divine intervention, a life worth writing about was bestowed on a man actually able to write—in startling, beautiful, unsentimental prose.... It is crammed with beauty and wisdom, and everyone will love it.
— Devin Friedman - GQ

Told with energy, critical reflection and sensitivity, ?Another Bullshit Night in Suck City? is less a memoir than a study of one of America's darker conundrums: homelessness.

[Flynn's] story is eerie testimony to the potent influence of an absent parent. But Nick, a poet, is too subtle a writer to say so outright, and instead lets us draw our own conclusions with a delicate, poetic logic.
— Kate Bolick - Boston Globe

Unlike the pity parties that too many memoirs have become, Night has no maudlin gestures, no 'inspirational' tones, no hysterics; it stares down emptiness with clear, dry eyes.