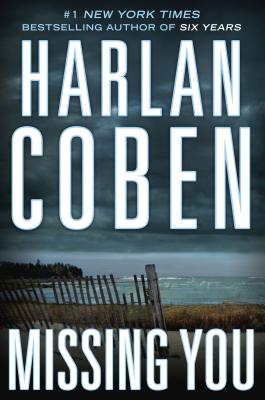 From #1 New York Times bestselling author Harlan Coben, a heart-pounding thriller about the ties we have to our past...and the lies that bind us together.
It's a profile, like all the others on the online dating site.But as NYPD Detective Kat Donovan focuses on the accompanying picture, she feels her whole world explode, as emotions she's ignored for decades come crashing down on her. Staring back at her is her ex-fiance Jeff, the man who shattered her heart and who she hasn t seen in 18 years.
Kat feels a spark, wondering if this might be the moment when past tragedies recede and a new world opens up to her. But when she reaches out to the man in the profile, her reawakened hope quickly darkens into suspicion and then terror as an unspeakable conspiracy comes to light, in which monsters prey upon the most vulnerable.
As the body count mounts and Kat's hope for a second chance with Jeff grows more and more elusive, she is consumed by an investigation that challenges her feelings about everyone she ever loved her former fiance, her mother, and even her father, whose cruel murder so long ago has never been fully explained. With lives on the line, including her own, Kat must venture deeper into the darkness than she ever has before, and discover if she has the strength to survive what she finds there.

Praise for Missing You

"Missing You is another winner in Coben's stack of winners." - Huffington Post

"Once again, Coben has brilliantly used a current trend, in this case Internet dating, to create a can't-put-it-down thriller." - Publishers Weekly, starred review

"Once again, Coben has expertly constructed and then dismantled a time bomb of a plot." - Booklist

"Coben is simply one of the all-time greats - pick up any one of his thrillers and you'll find a riveting, twisty, surprising story with a big, beating heart at its core." - Gillian Flynn, bestselling author of Gone Girl

“Any new book from Coben is a cause for celebration, and one as good as Six Years is cause for jubilation.”
—The Huffington Post on Six Years

“With Six Years, the author shows once more how it’s done. . . . The beauty of Coben’s craftsmanship here is how often he can lure us into not perceiving what’s clearly right in front of our eyes.”
—The Washington Post on Six Years

"Energetic and action-packed, this is one of those novels that has you flipping pages at warp speed.”
—USA Today

“The narrative is immersive, and the well-drawn characters and twisting plotting are stellar. With such a cool hook and a surprising and satisfying payoff, don’t wait six years to read what might be Coben’s best since Tell No One.”
—Library Journal (starred review) on Six Years