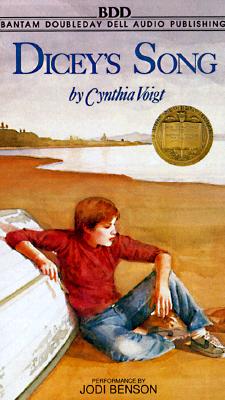 At the beginning of summer, Momma had abandoned them and them later been traced to an asylum where she lay unrecognizing, unknowing. So Dicey Tillerman, her brothers James and Sammy, and her sister Maybeth had spent the summer on their own on a long and difficult journey to find a home with the grandmother they'd never met before. Now that they'd moved in with Gram, their troubles, Dicey hoped, would be over.

Dicey had watched over the younger kids and brought them through--now she wanted to be just a little bit selfish, to refinish the old sailboat she'd found in Gram's barn, to earn a little spending money, to adjust to Gram and to her new life in the Chesapeake Bay country that had once been her momma's childhood home.

Yet even with the building of new ties and a new life, old problems and sorrows did not go away by themselves. None of the Tillermans, and especially not Dicey, could forget about Momma. Nor could Dicey easily relinquish her need to watch and worry over the three younger children. Though she felt a growing bond with feisty, seemingly eccentric Gram, who talked of reaching out...and letting go, it took a crisis to help Dicey understand what such things might mean.

This story is a sequel to Homecoming.