African Game Trails: An Account of the African Wanderings of an American Hunter-Naturalist (Paperback) 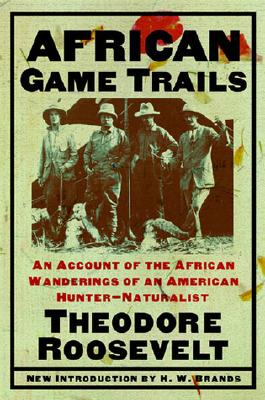 In 1909, the Smithsonian Institution commissioned ex-President Theodore Roosevelt to collect specimens of African wildlife for the National Museum. Roosevelt went to Africa with his son Kermit, several prominent naturalists, and many journalists, thereby initiating the safari industry and setting the standard for the big game hunt. Yet Roosevelt never killed for thrills, instead hunting only specific animals in the amounts requested by the Smithsonian. Making his way from the Kenyan coast to the Upper Nile, he records his impressions of the African landscape, witnesses a traditional lion hunt by African pastoralists, and recalls his meetings with East Africans, to whom he was known as 'Bwana Tumbo (belly).'

Theodore Roosevelt (1858-1919) was a soldier, rancher, President of the United States, winner of the Nobel Peace Prize, and an accomplished explorer and author. His book Through the Brazilian Wilderness is also available from Cooper Square Press. H. W. Brands, the author of the bestselling Roosevelt biography T. R.: The Last Romantic, lives in Austin, Texas.