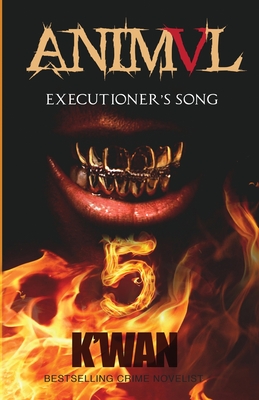 When the Grand Design is finally revealed it will spell the last ride for Mr. Armed and Brokenhearted.

In this final installment of the widely popular "Animal" series, we find our anti-hero on a hunt for the woman who forced him to pick his guns back up when she burned his entire world down. The traitorous, Red Sonja. She alone holds the key to saving his children and avenging his murdered wife, Gucci, but first he has to find her.

To do this, Animal reassembles his old gang: The Dog Pound for what will prove to be their most dangerous mission yet. The stakes are higher than ever and not everyone is expected to make it, but the members of the Pound readily accept the task and the risks that come with it. With his old friends, and a few new ones, Animal is on the hunt for his elusive prey. Then the unthinkable happens and there is an earth-shattering discovery that will change everything, including loyalties.

Meanwhile, the Black Lotus finds herself a prisoner in a place she had once called home. Having been branded a traitor by the Brotherhood of Blood, she is remanded to the mountain fortress while awaiting trial for the crimes she stands accused of. Unbeknownst to her, there are some within the Brotherhood who would rather see her dead than exonerated. Kahllah has unearthed a dark conspiracy which could clear her name, but at the cost of destroying the Brotherhood of Blood, which makes her a threat to the conspirators and a moving target. The hunter finds herself the hunted and her only chance of surviving the mountain will be to place her fate in the hands of an unlikely champion.

The table is set finally set and the meal served. Pull up a chair, because this will be the "Last Supper."#TeamAnimal