The Worst Journey in the World (Paperback) 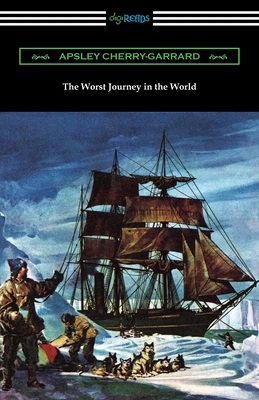 Only twenty-four when he joined the Scott expedition, an intellectual Englishman desirous of feeding his passion for knowledge with first-hand discovery in Antarctica, Apsley Cherry-Garrard ultimately learned and endured enough to begin questioning everything he had ever known. From 1910 to 1913, this young man was a part of an expedition for penguin eggs that went fatally wrong. Cherry-Garrard describes the individual crew members, the specifics of their scientific discoveries, and the remarkable human resilience exhibited by everyone in the harsh climes of the South Pole. From the boat journey on the 'Terra Nova' to the tragically climactic search for the missing Scott, Cherry-Garrard frankly recounts all of the ensuing difficulties and their causes, in addition to questioning his own decisions and actions prior to the demise of the captain and crew. "The Worst Journey in the World" is a masterpiece of travel writing that unfolds the harrowing tale of the British Antarctic Expedition's sole survivor and his haunted search for a meaning to the human suffering he witnessed. This edition is printed on premium acid-free paper.