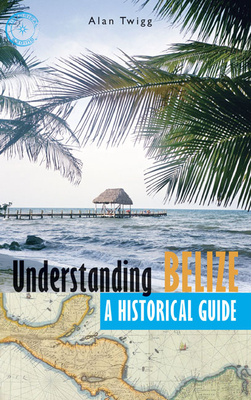 Tiny, island-dotted Belize, perched on the Caribbean, south of Mexico and east of Guatemala, is a fascinating blend of Creole, Mestizo, Maya, Garifuna, English, East Indian, Mennonite, Lebanese and Chinese cultures. With its colonial background (English remains the official language) and a history of fending off its Latin neighbours, Belize has emerged as a relatively stable democracy that is as much Caribbean as it is Central American.

In Understanding Belize, Alan Twigg tells the story of the country, from its bizarre early days as a haven for pirates, through its colonial period as British Honduras, to its new status as an ecotourism mecca and a hotspot for Mayan archaeology. This lively history includes original photos, a comprehensive timeline and a feature on nation founder George Price, the longest serving democratically elected leader in history.

Understanding Belize is an eye-opening alternative to the glossy tourist brochures. Lobster-and-orchid-rich Belize looks great from a hammock on Ambergris Caye, the place that inspired Madonna's song "La Isla Bonita," but don't go buying that seaside lot until you learn more about this beautiful--but problematic--paradise from the author of Cuba: A Concise History for Travellers.

Alan Twigg is the publisher and editor of BC Book World, Canada's largest-circulating publication about books. He has also been contributing editor of Quill & Quire, Canadian books columnist for the Vancouver Province, books columnist for Vancouver magazine, a contributor of profiles to the Toronto Star and the Writers Union of Canada representative on the board of directors of the Canadian Centre for Studies in Publishing. In 2000, he was the first recipient of the Gray Campbell Distinguished Service Award for outstanding contibutions to literature and publishing. In 2016, he received the Lieutenant Governor's Award for Literary Excellence.

Alan is the author of ten previous titles including For Openers: Conversations with 24 Canadian Writers, Hubert Evans: The First Ninety-Three Years, Vancouver and Its Writers,Vander Zalm: from Immigrant to Premier,First Invaders: The Literary Origins of British Columbia and Cuba: 101 Top Historical Sites.