Guide for the Perplexed (Hardcover) 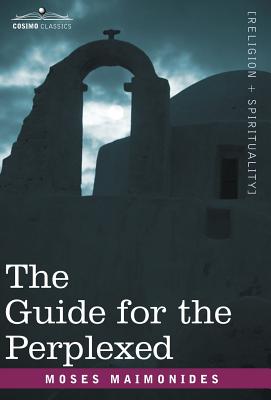 "With every advance in knowledge, scholars of the Middle Ages, much like scholars of the 21st century, were at a loss to explain the gap between religion and the science and philosophy of the day. In this 12th-century volume, Maimonides bridges that gap. As a result, The Guide for the Perplexed, widely considered Maimonides most universal work, influenced not only Jewish scholarship but Moslem and Christian ideas as well. Intended especially for the serious student of Judaism or medieval scholarship, this volume, here in its complete and unabridged form, is a reissue of what has long been recognized as one of the most important works of religious philosophy ever written. Spanish Jewish philosopher and Talmudic scholar MOSES MAIMONIDES (1135 1204) was the leading intellectual figure of medieval Judaism. In addition to his works on religious philosophy, he is the author of numerous writings on law, medicine, mathematics, and logic.