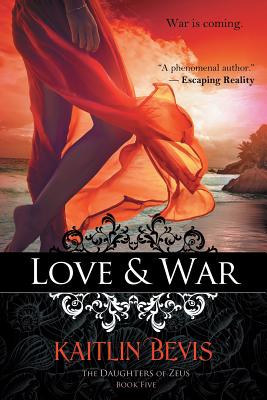 After narrowly escaping with her life, Aphrodite wakes up to find herself at the demigods' base camp--a gorgeous tropical island. Powerless and injured, she has no choice but to glamour herself as a demigoddess in order to find out what's really going on. Lucky for her, she's not alone. Ares is with her, also in disguise. But she soon realizes she might be more of a liability than an asset when her panic attacks and nightmares threaten to expose them both.

Ares is as anxious as anyone to shut down the demigods' plot. But right now, all he can think about is Aphrodite. He almost killed her, for Gods' sake And though the timing couldn't be any worse, he's falling hard and fast. He'll do anything to protect her . . . even if it means sacrificing himself.

Still, they find allies in the most unexpected places . . .

More goddess than demigoddess, Medea is married to the rebel leader, Jason. But there's something odd going on. Jason is acting very strange, and Medea finds herself drawn to a new demigoddess who mysteriously arrived on the island half-dead. She senses there's more to this visitor than meets the eye. Little does she guess . . .

War is coming, there's no doubt. But, in her weakened state, does Aphrodite have any hope of surviving it?

Kaitlin Bevis spent her childhood curled up with a book and a pen. If the ending didn't agree with her, she rewrote it. Because she's always wanted to be a writer, she spent high school and college learning everything she could to achieve that goal. After graduating college with a BFA and Masters in English, Kaitlin went on to write The Daughters of Zeus series.