Disney World at 50: The Stories of How Walt's Kingdom Became Magic in Orlando (Hardcover) 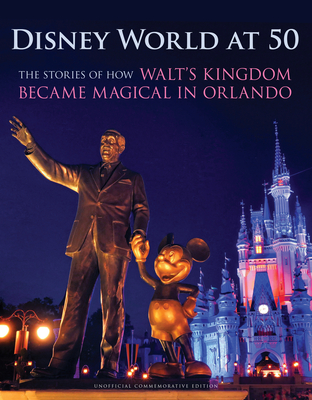 Celebrating 50 years of The Most Magical Place on Earth

Since its opening in October 1971, Walt Disney World has continued to expand and evolve as the most visited vacation resort in the world. What hasn't changed over five decades is the incomparable sense of magic it bestows on all who pass through the arched entrance gates.

Disney World at 50 is a celebration of the park's rich and fascinating history, from its early development as "The Florida Project" to the ever spectacular present. Explore Walt's original utopian vision, the most incredible feats by Disney's Imagineers, and each of the individual theme parks.

Featuring historic coverage and over 100 photos from the Orlando Sentinel archives, the commemorative edition is a visually stunning chronicle of the place where dreams come true.

TheOrlando Sentinel, founded in 1876, is the primary daily newspaper in Orlando, Florida.