Song for the Missing (Paperback) 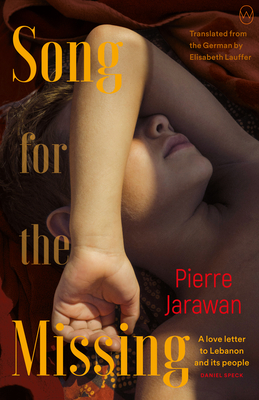 I’m still on a globetrotty search for coming-of-age stories set in the 1990s (specifically 92-96) to hold up my bland high school soft-serve experience-machine. This one here is a perfectly paced and passionate ode to Lebanon, family drama and young friendship, served up like a mystery.

Lebanese German author Jarawan (The Storyteller) movingly evokes life in Lebanon in his affecting and complex latest. This is a gripping, human look at a tragedy that still haunts an entire nation.--Publishers Weekly

It's 2011 and the Arab Spring is in full bloom when the discovery of two bodies in Beirut sows the first seeds of unrest in Lebanon. With houses already burning, Amin sets out to write down his memories of the country: Of the year 1994, when he returned as a teenager with his grandmother, twelve years after his parents' deaths. Of his friendship with Jafar, the boy who explored the desolate postwar landscape with him. And of the painful discovery that there will never be certainty--neither about his friend's past nor his family's history. In this novel full of mystery and suspense, friendship and loss, searches and secrets, Jarawan skillfully interweaves a deeply personal story with the tumultuous history of the Middle East.

Pierre Jarawan was born in 1985 in Amman, Jordan, to a Lebanese father and a German mother and moved to Germany with his family at the age of three. He has won international prizes as a slam poet, and in 2016 was named Literature Star of the Year by the daily newspaper Abendzeitung. Jarawan received numerous awards for his debut, The Storyteller, which went on to become an international bestseller. So far translated into six languages, it is a booksellers' favorite in Germany, the US, the Netherlands, France, and Brazil. Song for the Missing is his second novel. Elisabeth Lauffer is a German-English literary translator based in the US. In 2014, she won the Gutekunst Prize for Emerging Translators, which marked the beginning of her career in literary translation. In addition to her book publications, Liz's translations have appeared in No Man's Land and Asymptote. She has participated in the Frankfurt International Translators program (2019), the Artists-in-Residence program through KulturKontakt Austria (2019), and the Art Omi: Writers Translation Lab (2018).