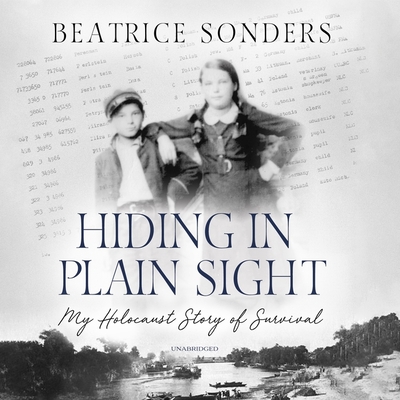 After decades of concealing the full account of her experiences, Holocaust survivor Beatrice Sonders (Basia Gadzuik) writes her story of survival and courage in the face of ultimate horrors.

Born in 1924 and growing up in the small town of David-Horodok, a village in eastern Poland, Basia spent her childhood surrounded by family, traditions, and a Jewish education that rebirthed the Hebrew language. But when the Germans and Ukrainians obliterated David-Horodok in 1941, killing off all Jewish men in the town, everything changed.

Left to fend for themselves, Basia and her mother fled one hundred kilometers south, driven into the infamous Sarny ghetto. Tragedy struck again as the Germans liquidated the ghetto in 1942, and Basia went into the first of many hiding places. After years of running from soldiers, changing her identity, and hiding her faith, Basia emerged as a survivor--shepherding the rebirth of her faith and her family in America.