Persian Pictures: From the Mountains to the Sea (Tauris Parke Paperbacks) (Paperback) 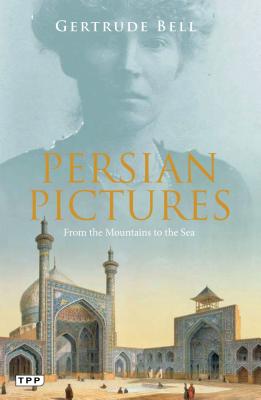 When Gertrude Bell's uncle was appointed Minister in Tehran in 1891, she declared that the great ambition of her life was to visit Persia. Several months later, she did. And so began a lifetime of travel and a lifelong enchantment with what she saw as the romance of the East, which evolved into a deep understanding of its cultures and people. Originally published in 1894, and then reprinted in 2005, this updated edition features a new foreword by acclaimed author Janet Wallach of "Desert Queen: The Extraordinary Life of Gertrude Bell ." The vivid and impressionistic series of sketches within presents an evocative meditation that moves between Persia's heroic past and its long decline. From the vantage of Tehran, Bell explores the otherworldly "secret, mysterious life of the East"--the lives of its women and its lush, enclosed gardens--from the bustling cities to the lonely wastelands of Khorasan.

Gertrude Bell, CBE (1868-1926) was a writer, traveler, political officer, archaeologist, and spy who traveled extensively throughout Syria, Mesopotamia, Asia Minor, and Arabia. Along with T.E. Lawrence, Bell helped establish the Hashemite dynasties in what is today Jordan as well as in Iraq. She played a major role in establishing and helping administer the modern state of Iraq, using the perspective gained from her travels and relations with tribal leaders in the Middle East.

"Her remarkable intellectual abilities and masculine demeanour make Persian Pictures, her first publication on an Eastern subject, all the more interesting." – Geoffrey Nash, author of From Empire to Orient: Travellers to the Middle East