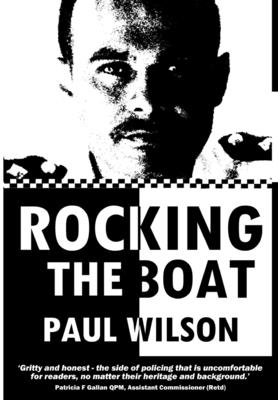 Rocking the Boat chronicles the career of a black police officer's extraordinary and unprecedented determination in challenging a police occupational culture steeped in racism.

In the year 2020, considerable attention was being paid to the issue of institutional racism in US law enforcement. However, this is not the first time, or the only country, in which this same issue has become relevant and pressing. As a black police officer in the UK between 1983 and 2010, Paul Wilson was in the centre of a similar wave of interest and was personally involved in many of the institutional changes that were suggested, debated, opposed, and fought in the UK during this time.

The author's authority on the subject of institutional racism in British policing has been acknowledged over and over, as can be seen by his involvement as a consultant in numerous news and current affairs programmes; the many interviews with him that have appeared in the British media; his invitations to speak at events in France, Canada, South Africa, the UK and the US; and his status as the first British black person ever to be awarded a Fulbright Police Fellowship Award.

Though it addresses painful topics, this book is entertaining in addition to being educational. The author's experiences as a constable on the streets of Croydon, his meeting of US President George W. Bush and his being rescued by a renowned jazz musician when he's accidentally locked inside an apartment in Harlem, New York, are some of the events that provide humorous counterpoints to the heavy main story. More than a simple history lesson, these anecdotes turn the book into a pleasurable read.