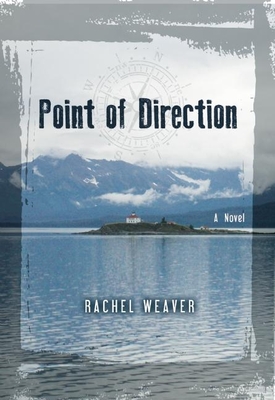 “Weaver's debut novel about two damaged people who withhold much of themselves despite their love for each other had me hooked from the very start, as did the appeal of the remote Alaskan landscape, a compelling character in its own right. Anna and Kyle are two fiercely independent souls hiding huge secrets from each other even as they decide to take a nine-month lease on a lighthouse on Hibler Rock, miles from the coast of Alaska. The last caretaker disappeared over 20 years ago, and that mystery is evenly woven into the discoveries Anna and Kyle make about themselves and their futures. Readers will find Point of Direction impossible to put down.”
— Terry Gilman, Mysterious Galaxy Books, San Diego, CA

Hitchhiking her way through Alaska, a young woman named Anna is picked up by Kyle, a fisherman. Anna and Kyle quickly fall for each other, as they are both adventurous, fiercely independent, and in love with the raw beauty and solitude of Alaska. To cement their relationship, they agree to become caretakers of a remote lighthouse perched on a small rock in the middle of a deep channel--a place that has been uninhabited since the last caretaker mysteriously disappeared two decades ago. What seems the perfect adventure for these two quickly unravels, as closely-held secrets pull them apart, and the surrounding waters threaten uncertain danger. A psychological thriller set against the rugged landscape of coastal Alaska, Point of Direction is an exquisite literary debut.

Rachel Weaver holds an MFA in Writing and Poetics from Naropa University. Her work has been published in The Gettysburg Review and the Blue Mesa Review. She has also worked for the Forest Service in Alaska studying songbirds, raptors, and black and brown bears. Rachel currently lives in Colorado.