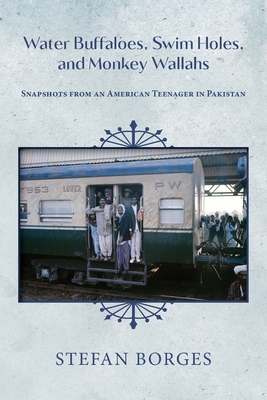 In this debut collection of essays about life in Pakistan from 1968 to 1973, Stefan Borges offers a window into a typical American teenager's life in an atypical time and place. Living with his family in Lahore and attending the American International high school there while his father worked as a civil engineer on large-scale projects, Borges experienced a heady mix of exotic sights, sounds, and adventures in a country filled with ancient customs that was undergoing modern political upheaval. From driving trips through the North-West Frontier tribal areas, to being entertained by bird and monkey shows, to discovering marine fossils in the desert, to wrestling with the decision of whether to flee during the Indo-Pakistan War of 1971, these stories capture the indelible memories imprinted upon one boy's life-all of it surrounded by snow-capped mountains, verdant valleys, glacial lakes, and the scents of cumin, cinnamon, and coriander in the air.

Borges had many opportunities while living in Pakistan to travel the globe with his father, Alexander Borges, who would go on to publish his own memoir in 2020, Five Countries, describing his seven decades of life after surviving World War II and fleeing East Germany.