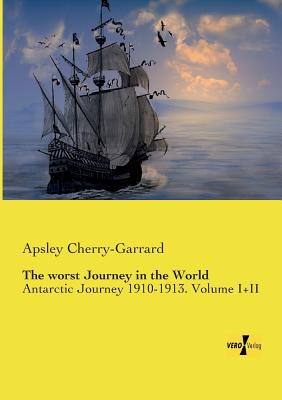 \"Polar exploration is at once the cleanest and most isolated way of having a bad time which has been devised. It is the only form of adventure in which you put on your clothes at Michaelmas and keep them on until Christmas, and, save for a layer of the natural grease of the body, find them as clean as though they were new. It is more lonely than London, more secluded than any monastery, and the post comes but once a year. As men will compare the hardships of France, Palestine, or Mesopotamia, so it would be interesting to contrast the rival claims of the Antarctic as a medium of discomfort. A member of Campbell\'s party tells me that the trenches at Ypres were a comparative picnic. But until somebody can evolve a standard of endurance I am unable to see how it can be done. Take it all in all, I do not believe anybody on earth has a worse time than an Emperor penguin. Even now the Antarctic is to the rest of the earth as the Abode of the Gods was to the ancient Chaldees, a precipitous and mammoth land lying far beyond the seas which encircled man\'s habitation, and nothing is more striking about the exploration of the Southern Polar regions than its absence, for when King Alfred reigned in England the Vikings were navigating the ice-fields of the North; yet when Wellington fought the battle of Waterloo there was still an undiscovered continent in the South.\" ...] This book contains the travel tales of Robert Falcon Scott\'s last Expedition, which in 1910 moved him from England to Antarctica, where he died tragically two years later. The author Apsley Cherry-Garrard was part of the expedition team, and along with others he found the captain and others frozen to death. The expedition should bring the men of British origin to the South Pole before the Norwegian Roald Asmundsen would reach it, but the way turned out to be too hard, they hardly managed their daily stint. In addition the Antarctica gave them a very hard time particularly the harsh weather conditio.