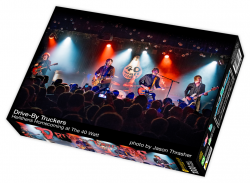 It's Great To Be Alive!
Once upon a time my dream was to play in a Rock and Roll Band. Not just any Rock and Roll Band, but a very specific one. An idealized version of my teenaged rock fantasy with air guitars replaced by well-worn battle axes and a devoted following that treated us like we were the greatest band on earth. It's the kind of lofty ideal that set the hearts all ablaze in millions of little boys my age back in the era when dinosaurs did, indeed roam the Earth.

Mike Cooley and I formed Drive-By Truckers in 1996 and we’ve spent the past quarter century playing over 2,500 shows in three continents. We’ve released over a dozen albums and get to play shows in some of the most amazing theaters and clubs on the planet. Then, every year in February, we come home to Athens Georgia and play three nights at the fabulous 40 Watt Club. It’s our HeAthen’s Homecoming and part of it ties in with a fundraiser for Nuçi’s Space. We have fans and friends who travel from all over to hang out for a few days in the coolest small town in the world.

Our friend Jason Thrasher captured the moment on film. It’s your time to pick up the pieces and put them all together now. See you at The Rock Show.

--
Nuçi's Space is a non-profit health and music resource center in Athens, GA. The aim of the organization is to prevent suicide by providing obstacle free treatment for musicians suffering from depression and other such disorders as well as to assist in the emotional, physical and professional well-being of musicians.  The Drive-By Truckers and Nuçi's Space have a long history. The band does a yearly benefit for Nuçi's at the 40 Watt Club to raise money and awareness. They continue to promote and support this wonderful cause all over the world. A portion of the proceeds from the sale of this puzzle benefit Nuçi's Space. 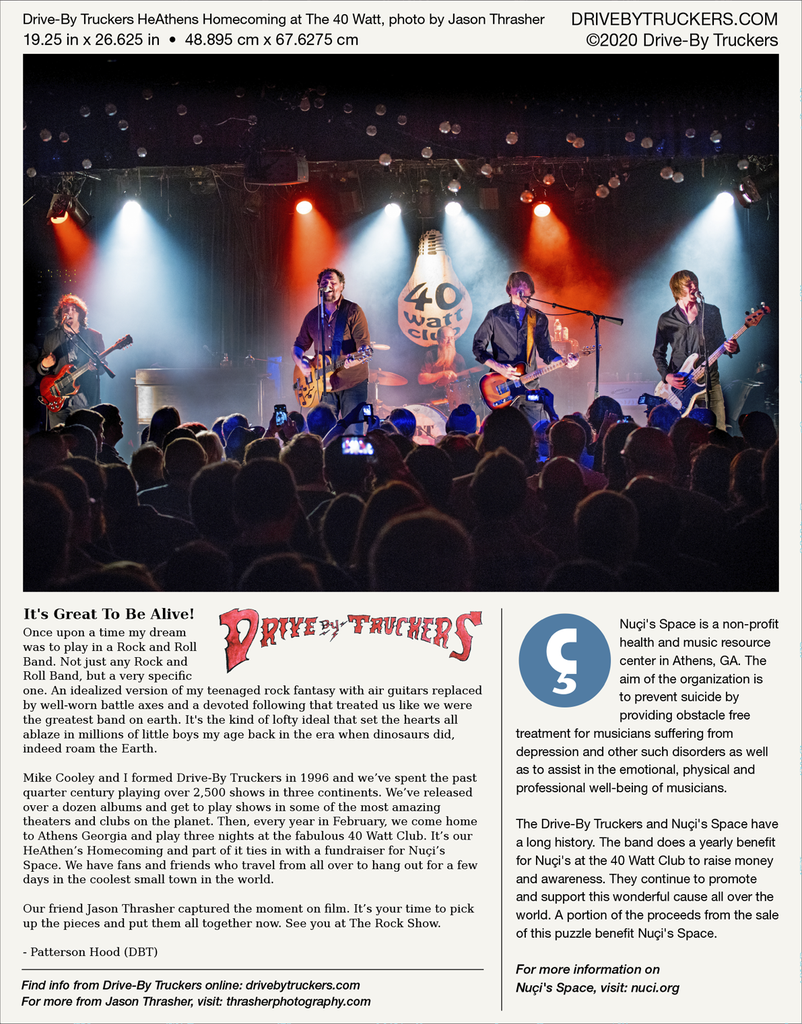