Due to last month's ice storms, our warehouse is currently running a few days behind. Please expect delays with pickups and deliveries. Thank you for understanding, 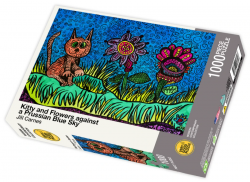 Welcome to the wonderful world of Jill Carnes, where owls play piano, elephants take over the big box stores, and cats would be kings, except it’s a democracy, so they are mayors. Rich with color, pattern, and invention, Carnes’ paintings and drawings have graced record album covers for Neutral Milk Hotel, The Jody Grind, and Victoria Williams, the walls of hundreds of humans and other species, and the book cover for John Keane’s Musician’s Guide to Pro Tools. Her work has been exhibited in Athens, Asheville, Atlanta, Austin, and New York City, and in publications such as Rolling Stone, Cream, and Spin. She also sings and performs as Thimble Circus, with every melodious bell and whistle you can imagine, including a toy piano and a trombone kazoo. This is her second puzzle!
• 1000 Piece Jigsaw Puzzle
• Finished Puzzle Size: 19.25" x 26.625"
• Linen pieces on quality blueboard backing
• Matte Finish to reduce glare
• Recommended Age: 13+ Years 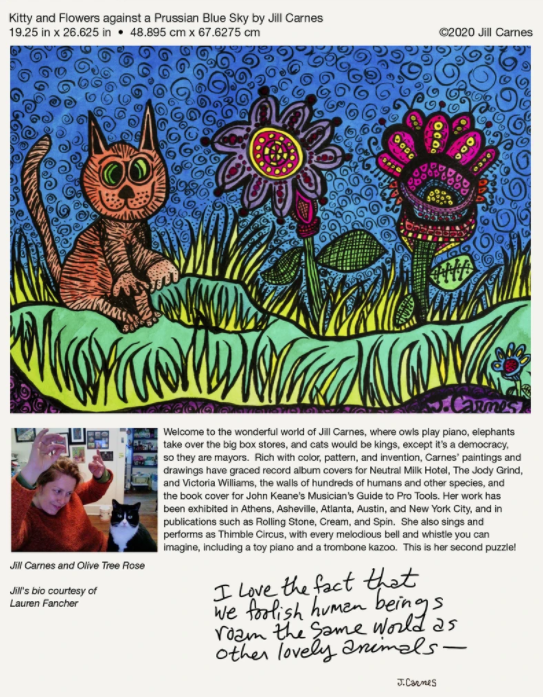